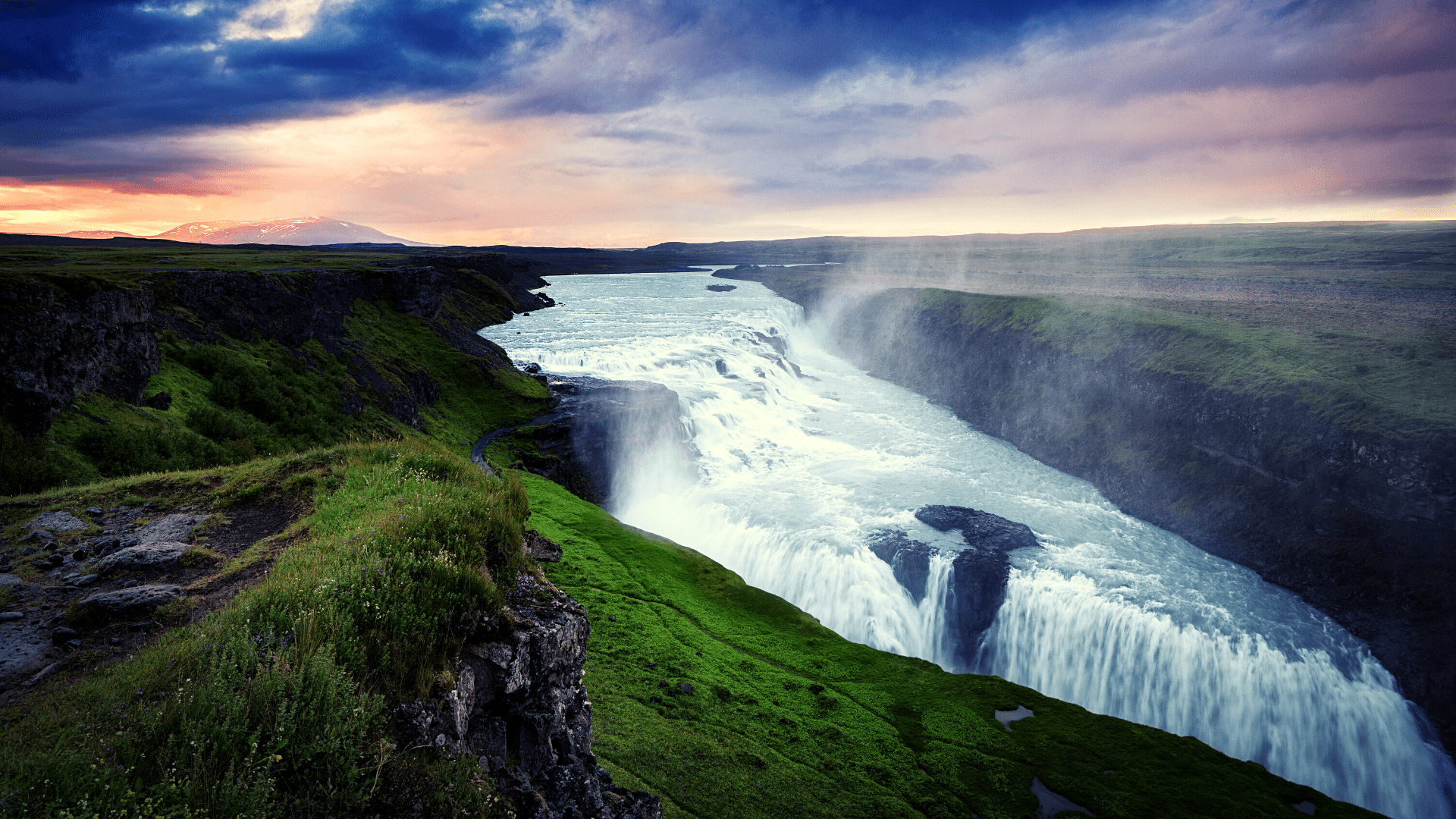 The waterfall makes up part of the 25 km (16 mi) river Laxá í Kjós which is distinguished for its healthy population of Atlantic salmon. The waterfall is less famous than its equivalents around the island and thus is not overly signposted.
Þórufoss is known to freeze over in the wintertime. Þórufoss was also used as a shooting location for HBO’s Game of Thrones as the home of the Children of the Forest.

Where one of the oldest Commonwealth parliament was founded in the year 930 by the settlers of Iceland, also known as Vikings, although they were mostly farmers but also excellent artisans and shipbuilders
Þingvellir National Park was founded in 1930, marking the 1000th anniversary of the Althing. The park was later expanded to protect the diverse and natural phenomena in the surrounding area and was designated as a World Heritage Site in 2004.
Þingvellir became a national park due to legislation passed in 1928 to protect the remains of the parliament site, thus creating the first national park in Iceland. The park was decreed as “a protected national shrine for all Icelanders, the perpetual property of the Icelandic nation under the preservation of parliament, never to be sold or mortgaged. ”
The foundation of the Icelandic parliament is said to be the founding of the nation of Iceland, and the first parliamentary proceedings in the summer of 930 laid the ground for common cultural heritage and national identity. Thus, Þingvellir played a central role in the country’s history, and its history runs almost parallel with the history of the Icelandic Commonwealth.

At Thingvellir, it’s possible to see how the so-called Tectonic plates drift in different directions.
It’s one of the very few places in the world where one can dive in between the tectonic plates. The tectonic plates move apart at approximately 2.5 centimeters a year and have done for millenniums. The effects of this movement are apparent within the park. Lava fields fill the valley from magma that welled up as the continents spread, and the whole area is littered with ravines ripped open by centuries of earthquakes.
Earthquakes continue every day in Þingvellir, although most are far too minor to be felt. No volcano has gone off in the area in 2000 years, but they are not considered extinct. Therefore, more eruptions are expected; the question is only as to when.

Gullfoss (translated to ‘Golden Falls’) is Iceland’s most iconic and beloved waterfalls, found in the Hvítá river canyon in Southwest Iceland.

The water in the Hvítá river travels from the glacier Langjökull before cascading 32 meters (105 feet) down Gullfoss’ two stages in a dramatic display of nature’s raw power. This excellent site is seen by most visitors, as it is on our the Golden Circle sightseeing route.
Because of the waterfall’s two stages, Gullfoss should be thought of as two separate features. The first, shorter cascade is 11 meters (36 feet), while the second is 21 meters (69 feet). The canyon walls on both sides of the waterfall reach up to 70 meters (230 feet), descending into the grand Gullfossgjúfur canyon. Geologists believe that glacial outbursts formed this canyon at the beginning of the last age.
In the summer, approximately 140 cubic meters (459 cubic feet) of water surges down the waterfall every second, while in winter, that number drops to around 109 cubic meters (358 cubic feet). With such energy, visitors should not be surprised to find themselves soaked by the waterfall’s mighty shower should they get too close.

There was much speculation about using Gullfoss to generate electricity during the first half of the 20th century and some years into the late 20th century.
During this period, the waterfall was rented indirectly by its owners, Tómas Tómasson and Halldór Halldórsson, to foreign investors.
However, the investors’ attempts were unsuccessful, partly due to a lack of money. The waterfall was later sold to the state of Iceland and is now protected.

Geothermal area, where you can visit one of the most famous geysers in the world, the one that gives its name to the phenomena of spouting hot springs.
Eruptions at Geysir can hurl boiling water up to 70 meters (230 ft) in the air. However, eruptions may be infrequent, and have in the past stopped altogether for years at a time
Research shows that Geysir has been active for approximately 10,000 years. The oldest accounts of hot springs at Haukadalur date back to 1294, when earthquakes in the area caused significant changes in local neighboring landscape creating several new hot springs. Changes in the activity of Geysir and the surrounding geysers are strongly related to earthquake activity
The nearby geyser Strokkur erupts much more frequently than Geysir, erupting to heights of up to 30 metres (98 ft) every few minutes. Strokkur’s activity has also been affected by earthquakes, although to a lesser extent than the Great Geysir. Due to its eruption frequency, online photos and videos of Strokkur are regularly mislabeled as depicting Geysir

Request
Upon request and needs to be booked in advance, there can be an extra stop on the following places.
Fontana steam bath at Laugarvatn, Secret Lagoon at Flúðir, Friðheimar tomato farm at Reykholt and Kerið Volcanic crater.

Admission fee: Can be different between stops and is paid on-site with a passenger.

Our goal and passion are small groups so the Golden Circle private tour is perfect for 1-7 passengers.
Contact us today, and get ready for an unforgettable adventure in the land of ice and fire.

Are you traveling with more than 7 passengers in a group?

18 meter-high waterfall. Beautiful waterfall, where a part of the TV series Game of Thrones was filmed. One of many parts filmed in Iceland

Where one of the oldest Commonwealth parliament was founded in the year 930. A place where it is possible to see how the so-called Tectonic plates drift in different directions, one of the very few places in the world

Geothermal area, visit one of the most famous geysers in the world, the one that gives its name to the phenomena of spouting hot springs.

A beautiful 32 meter-high waterfall cascading in two steps, down into a canyon carved by the wind and the water. Sometimes called the golden waterfall. 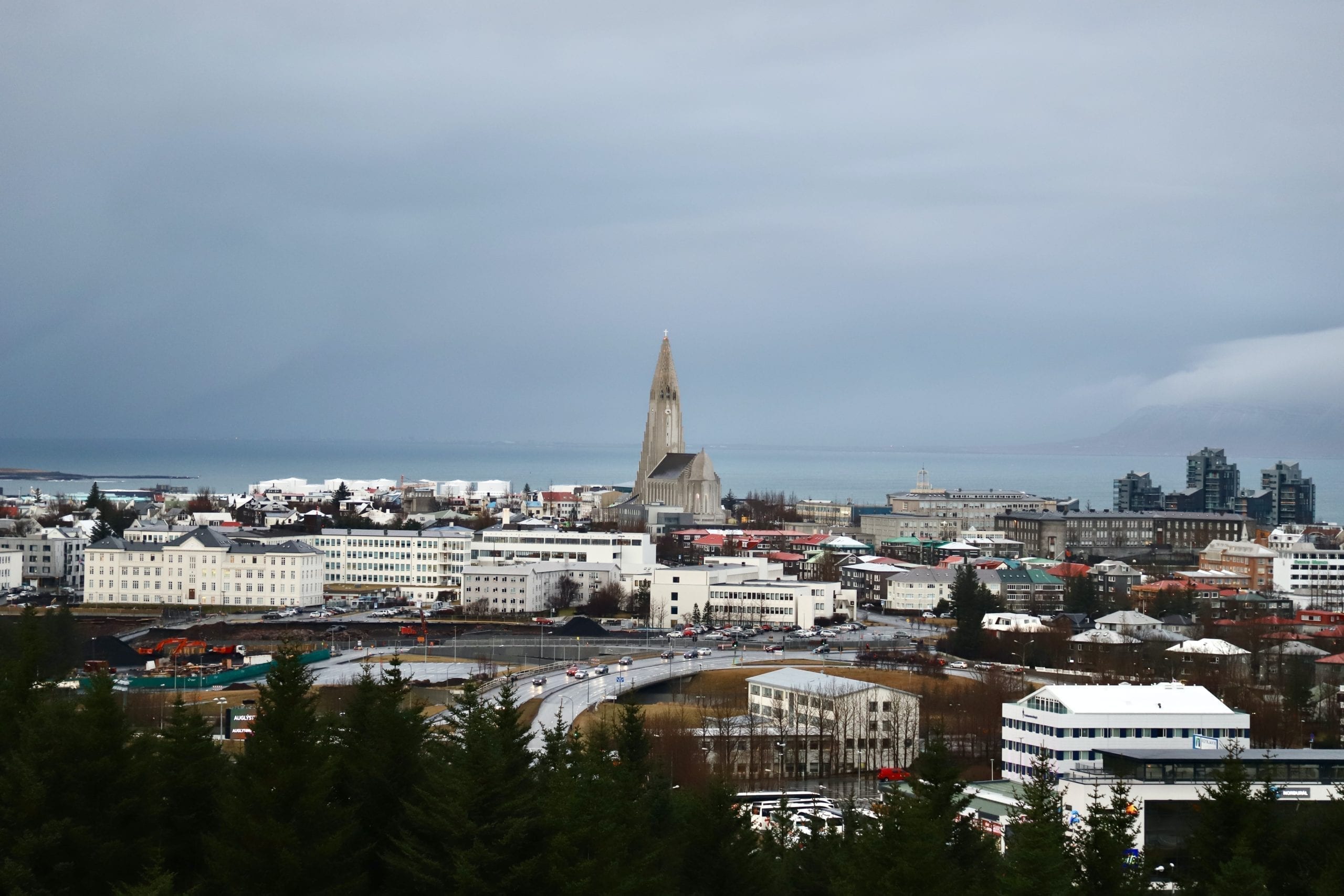 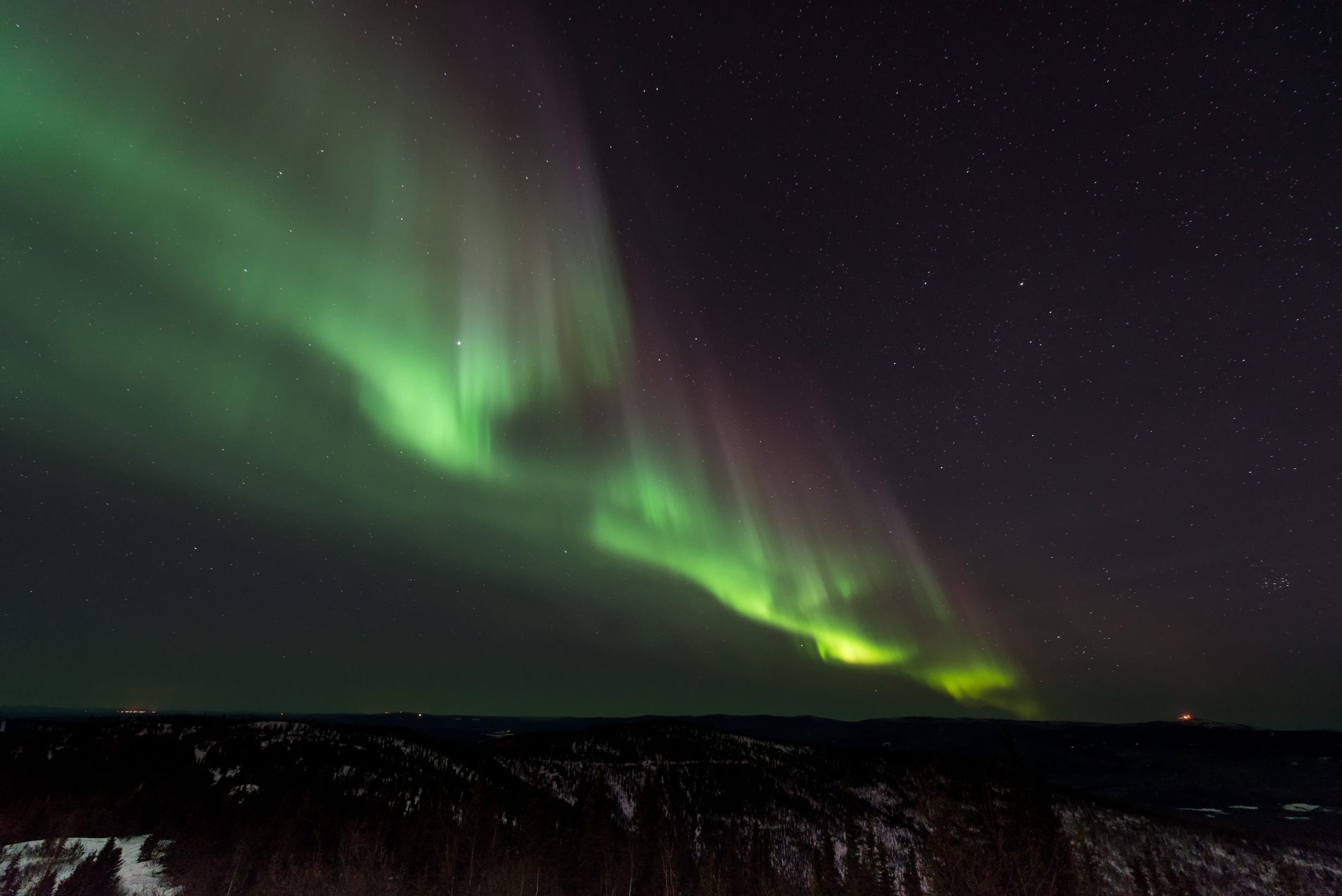 Each departure and every tour is different.
For all ages
Sept – April 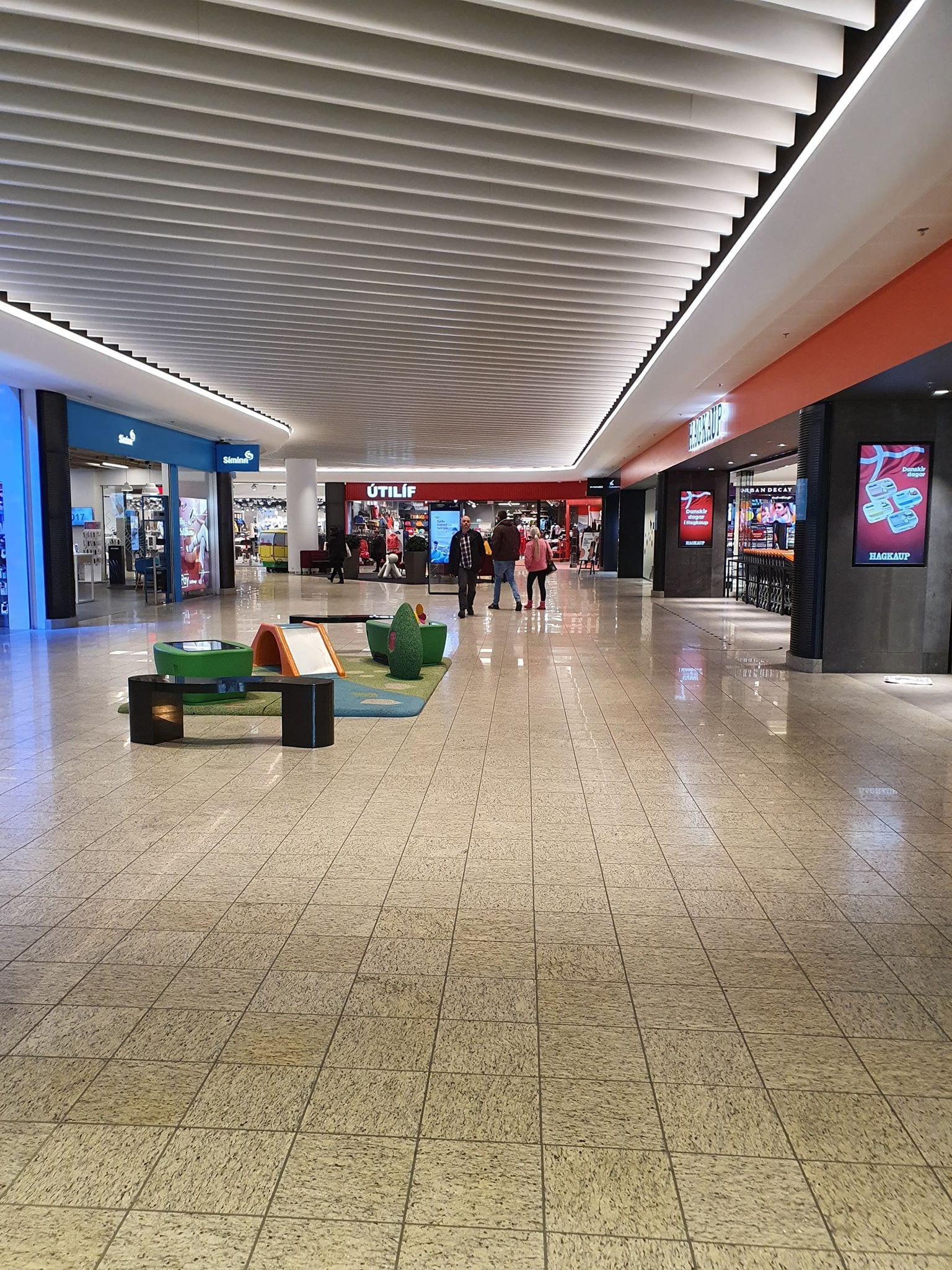